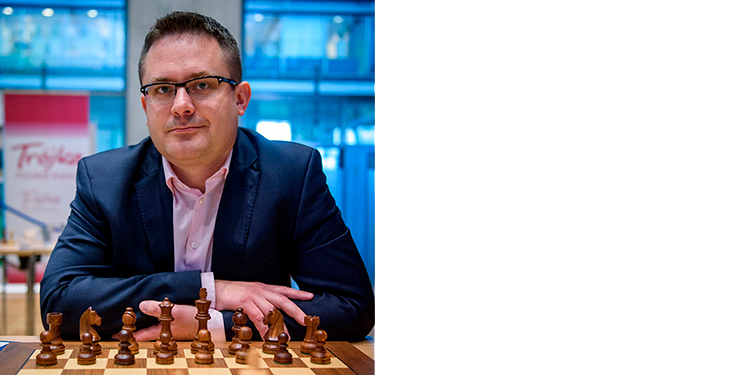 I'm a grandmaster from Poland, currently living in Texas where I work as Chess Program Manager at the University of Texas Rio Grande Valley. I hold a Master's degree in Applied Physics from Gdansk University of Technology. In my long career, I won numerous medals in youth Polish championships as well as many national and international tournaments such as the Hastings Chess Congress in 2016 the Najdorf Memorial in 2018. Moreover, I was a member of the National Solving Team winning 8 consecutive World Chess Solving Championships (2011-2018).

In 2011, I became the coach of the Polish Women's Team and won silver medal in the European Team Chess Championship. I also coached many young polish players and helped quite a few of them become national champions. In 2015, my student WIM Julia Antolak took 3rd place in the Youth European Chess Championship. Among my latest accomplishments is being a three-time National Collegiate Championship winner and being the Deputy Organizer of the First FIDE World University Online Chess Championships with over 1,300 participants from all over the world.